One Caribbean American received an invitation, but another was snubbed, for the first debate among Democratic candidates for United States president last month. 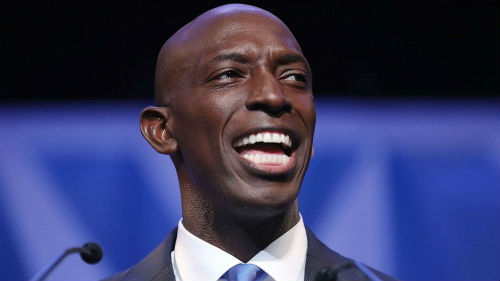 Wayne Messam, the mayor of Miramar, Florida was not among 20 Democratic candidates at the June 26 and 27 debates in Miami, Florida. However, California Senator Kamala Harris was asked to join fellow candidates. Both candidates have at least one parent from Jamaica.

The debates offered a first televised look at the Democratic candidates, on the same stage, who are running for U.S. president in 2020. The winner will run against incumbent President Donald Trump, a Republican.

Messam was one of four Democrats not invited to the first debate. They others were: Mike Gravel, a former U.S. senator; Steve Bullock, governor of Montana; and U.S. Congressman Seth Moulton.

Qualification for the debate was based on polling. A candidate had to poll at least one percent in three polls or receive donations from at least 65,000 backers, including 200 donors in 20 different states.

The Democrats, so far, is fielding a slate of 24 candidates overall.

Last month’s debate was aired on NBC television network, MSNBC and Telemundo, in addition to being streamed online.