Not Getting Enough Sleep Linked to Handgun Carrying Among Teens

MIAMI – Getting less than five hours of sleep a night leads to an increased likelihood of teens carrying a handgun – and even taking a gun to school, according to a new study published in Sleep Health by researchers from Florida International University and the University of Texas at San Antonio. 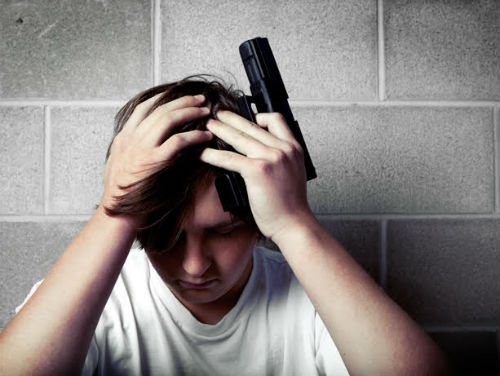 Adolescents need eight to 10 hours of sleep. Not getting enough sleep reduces cognitive functioning, the ability to regulate one’s emotions and behaviors and the ability to engage in impulse control. This can lead teens to engage in risky behaviors, including carrying guns and taking them to school.

The study was based on a survey of more than 42,000 middle school and high school students in Florida.

“While research on the topic of sleep and its connection to delinquency has grown in recent years, fewer studies examine the specific connection between sleep and youth handgun carrying,” said Ryan Meldrum, lead researcher and associate professor of criminology and criminal justice at the Steven J. Green School of International & Public Affairs.

“Investigating the linkages between sleep behaviors and handgun carrying is of value, in light of the potential for youths carrying firearms to hurt themselves, their peers, or school staff, as well as the need for policy initiatives that could potentially help to address this serious public health concern,” Meldrum added.

Strategies to improve adolescent sleep should include comprehensive school-based programs that educate students and parents about the importance of sleep and effective sleep hygiene habits, Meldrum said.

Another possible solution being discussed at both the local and national level is moving school start times later in the morning, which has proven to not only improve sleep duration but may also contribute to a decline in delinquent behavior among teens, he said.