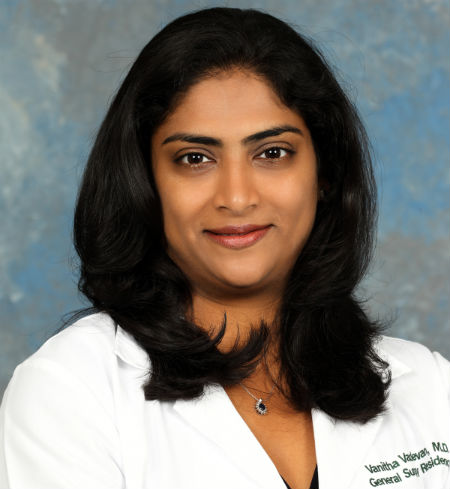 Death rates from breast cancer have been steadily decreasing since 1989, especially in women less than 50 years. This has been thought to be due to increased awareness, earlier detection through screening and treatment advances.

African American women are more likely to have younger age at onset of disease and also shower higher death rate from breast cancer as compared to Caucasian, Asian or Hispanic women.

Screening mammogram is the most acceptable and widely used tool for screening and is especially beneficial in decreasing death rates from cancer in women aged 50-69 years. Ultrasound is often used as an adjunct to mammography in younger women and those with dense breasts. MRI is not routinely used for screening except in patients with high risk factors like BRCA gene +status or family history of breast or ovarian cancer.

There have been exciting new advances in the treatment of breast cancer in the past 2 decades. It has become a truly multimodal treatment with role for surgery, chemotherapy, endocrine therapy, radiation therapy and more recently targeted immunotherapy

Surgery continues to be the first stage of treatment in most breast cancers detected early by screening. Recent years have seen a big change in the surgical approach to breast cancer with increasing use of breast conservation surgery.

Breast conservation surgery uses specific localization techniques using mammography or ultrasound to precisely identify the area of the cancer in the breast and remove only that part of the breast (partial mastectomy) with adequate margins. This technique, when combined with breast radiation therapy has been proven to have equivalent survival as compared to complete removal of breasts. It also helps patients in preserving their own breasts and also improves their self-esteem and overall emotional coping with cancer. Oncoplastic surgery, in which breast tissue is rearranged to improve cosmetic appearance especially after larger volume of excision, has also increased the acceptance of breast conservation therapy.In fact, breast conservation is currently the accepted standard of care for treating early breast cancers.

Alternatively, patients have the option of total mastectomy(complete removal of breasts), which has the primary advantage of removal of all the breast tissue, eliminates further need for mammographic surveillance and overall peace of mind for patients with high anxiety levels. Combined with immediate breast reconstruction, it can help alleviate some of the negative emotional effects of losing one’s breasts. In fact, total mastectomy is frequently combined with removing the breasts on the opposite side (double mastectomy) or even breast reduction techniques for patients with large breasts. Nipple sparing mastectomy, which helps in preserving patient’s own nipple and breast skin is also cosmetically more acceptable and also proven to be effective in patients with cancer.

Prophylactic bilateral mastectomy, that is removing both breasts even before there is a diagnosis of cancer, is offered for patients with high risk for cancer, especially if patients are positive for BRCA gene and thus have a very high chance of developing breast cancer in the future. This group of patients also benefit from Bilateral oophorectomy (removal of both ovaries) to reduce the overall estrogen exposure and thus decreasing chances of both breast and ovarian cancer.

Another important advance in breast cancer surgery is the use of sentinel lymph node biopsy technique. This is a technique used to diagnose if there is spread of cancer to the lymph nodes in the axilla (armpit) which is the first area to which cancer would spread from the breast. Traditionally this was done by routinely removing all the lymph nodes which caused significant side effects of arm swelling and also nerve injury. With this new technique, we inject a radioactive protein in the breast before surgery and selectively remove one to three lymph nodes for biopsy. This technique eliminates major axilla surgery in more than 90% of patients with early breast cancer.

In conclusion, various advances in surgical techniques combined with appropriate adjuvant therapy with radiation, chemotherapy, immunotherapy and endocrine therapy have resulted in improvement in survival rates from breast cancer.