From September 15 to October 15, the U.S. observes National Hispanic Heritage Month, celebrating Hispanic and Latinx Americans' heritage and culture and recognizing their contributions to the United States. Here are some wonderful children's titles written and/or illustrated by Hispanic or Latinx Americans to start the celebration a little early. 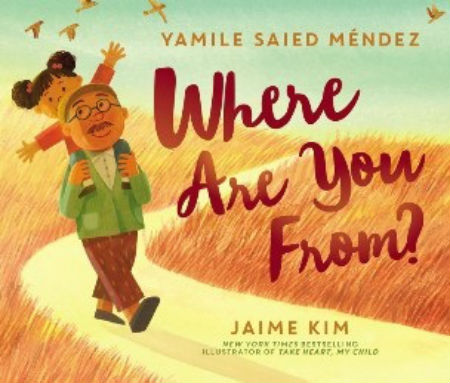 In Margarita Engle and Rafael López's Dancing Hands: How Teresa Carreño Played the Piano for President Lincoln(Atheneum, $17.99) readers ages four to eight are introduced to the Venezuela-born piano prodigy Teresa Carreño, a great but largely forgotten performer. When she was eight, war broke out in Venezuela, so Carreño's father took the family to New York City. Soon Carreño was playing with orchestras and invited to perform near and far, most dauntingly and climactically for President Abraham Lincoln and his family at the White House

Twelve-year-old Emilia is going through a period of transition in Pablo Cartaya's Each Tiny Spark (Kokila/Penguin, $16.99, ages 10-up). As her father comes back from deployment and her mother leaves for a job interview in San Francisco, she begins learning about the inequity all around her. Each Tiny Spark shows how politics are inextricable from the personal as Emilia's Cuban-American family deals with racial and religious politics every day.

The emphatic "Where are you from?" is an all-too-familiar scenario for many people of color who call the United States "home." One little girl attempts to answer simply: "I'm from here, from today, same as everyone else." But the insistence lingers and the bewildered child can't satisfy her interrogators. She turns to her Abuelo "because he knows everything, and like me, he looks like he doesn't belong." Certain details point to a South American, likely Argentinian heritage in Yamile Saied Méndez and Jaime Kim's picture book Where Are You From? (HarperCollins, $17.99, ages 4-8), but the mostly nameless scenes also become an opportunity to acknowledge and celebrate the many backgrounds, roots and histories, of those who live in these United States.