Poetry can be a finger-beckoning-in invitation. It can be a fist, rising in solidarity. It can supersede the page, subverting genre, form and even power itself. Claudia Rankine--MacArthur Fellow, finalist for the National Book Award and winner of the National Book Critics Circle Award for Citizen: An American Lyric (Graywolf, $20)--has long been celebrated for her powerful and subversive verse. Fans would do well to pick up her early Don't Let Me Be Lonely: An American Lyric(Graywolf, $16), a potent, unforgettable exploration of violence, death, entertainment and living in her own body, and her own skin, in her own time. 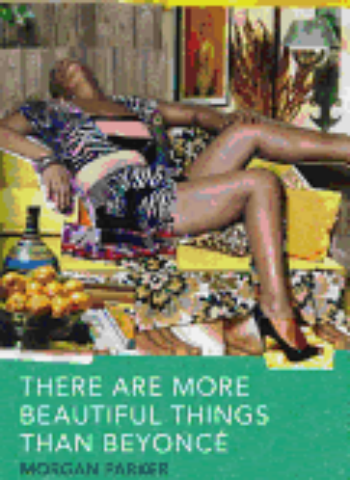 Rankine crops up often in critical analyses of Beyoncé's body of work--which summons to the table Morgan Parker's There's More Beautiful Things Than Beyoncé (Tin House, $14.95). Shot through with pain, sex, pop culture, frustration and fragility, Parker's poems deploy searing satire, as in "Heaven Be a Xanax" and "Slouching Towards Beyoncé." In "Beyoncé Celebrates/ Black History Month," she writes, "I have almost/ forgotten my roots/ are not long/ blonde. I have almost forgotten/ what it means to be at sea."

Evie Shockley's brilliant The New Black(Wesleyan University Press, $15.95) likewise offers equal parts precision, nuance and blunt force. In "post-white," her wordplay belies sobering images: "my country tears of thee sparkling on a stiff gray bow tied against cognitive dissonance." In "ode to my blackness," Shockley employs a similar marine metaphor: "you are my shelter from the storm/ and the storm."

See slam poet, activist and radical self-love advocate Sonya Renee Taylor's The Body Is Not an Apology (Berrett-Koehler, $17.95) for an empowering, grounded introduction to becoming liberated in this world. Taylor's brand of liberation? "The opportunity for every human, no matter their body, to have unobstructed access to their highest self; for every human to live in radical self love."