Join us this Wednesday, Thursday and Friday, for a showing of Toni Morrison: The Pieces I Am, the riveting documentary about the Nobel prize winning author by Timothy Greenfield-Sanders. 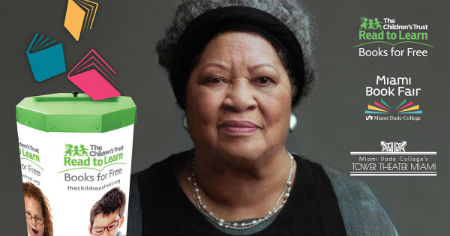 Greenfield-Sanders is a renowned portrait photographer who’s extended his work into several documentary films, including the trilogy The Black List that interviewed prominent African-Americans across many fields. In The Pieces I Am… he turns his camera on Nobel Prize-winning author Toni Morrison, as she recounts her own life as only she could.

An official selection of the 2019 Miami Film Festival, and premiering recently at the Sundance Film Festival, the film was hailed by Variety’s critic: “it locates the heart of the author’s inspirations and attitudes, as well as her guiding ethos to capture grand national truths while focusing on the complex interior particulars of individual experience, Toni Morrison: The Pieces I Am, at its best, serves the soul of its sub