PORT OF SPAIN, Trinidad – Michael Anthony Hall, a prominent Trinidad and Tobago playwright, screenwriter, actor and director, died last month after suffering a massive heart attack on the island of Tobago where he lived, according to his family. 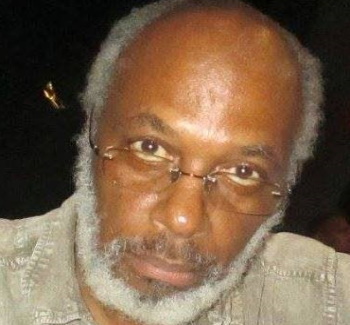 “Hall”Hall, 71, became widely known as a producer/presenter on the Gayelle television series. He wrote and directed for street, stage and screen since the late 1960s.From 1987 he collaborated in carnival as a mas-maker, working closely with master masman Peter Minshall.

Hall conducted his theater practice in Trinidad through Playwrights Workshop, started in 2003, and his own Lordstreet Theatre “Peoples of the Sea” Company, which he co-founded with Errol Fabien in 1990.

An alumnus of the University of Alberta and the Northern Alberta Institute of Technology, Hall presented the Jouvay Popular Theatre Process (JPTP), implemented worldwide as a performance model for actor training and play-making as well as for personal and community development.He contributed as lecturer and arts facilitator at institutions in the United States and Europe, as well as the University of Trinidad and Tobago (UTT) and The University of the West Indies (UWI), St. Augustine.