The Fourth-Best High School in the Nation is in Miami, says U.S. News and World Report 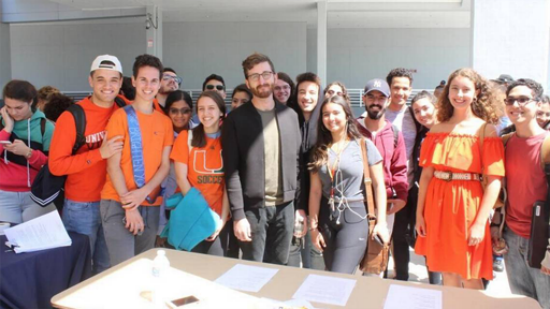 School for Advanced Studies (SAS) in Miami-Dade is on a meteoric rise to the top.

“It’s an incredible accomplishment,” said Principal Omar Monteagudo. “We’re known as the dream factory, and that’s because we truly try to transform our students not only academically but socially and emotionally.”

The report’s rankings don’t parse out the five campuses of SAS, which are based at five Miami Dade College campuses — a decision made by U.S. News and World Report. These selective, dual-enrollment schools with just juniors and seniors offer students the opportunity to graduate with a high school diploma and an associate’s degree from Miami Dade College.

A total of 786 students are enrolled at SAS, but Kendall is the largest campus with 258 students. Of those, 65% of students are female. Monteagudo said all students are on track to graduate with an associate’s degree this year.

“We’re not into rankings, but rather the rankings is an indication or byproduct of the work we get in,” Monteagudo said. “It’s great we get validated, but our drive is not by a number.”

He said that while some assume that the county’s best students flock to SAS ready for the challenge of taking high school and college courses simultaneously, that isn’t the case. Monteagudo said the school has been working on an intervention program that tutors students in math, reading and writing. The school has been laser focused on data and professional development for its teachers, the “most important variable,” he said.

“We’ve had a game plan on how we’re going to take SAS to the next level,” Monteagudo said. “We have never rested on our laurels. We use the accomplishments of SAS as a building block. Our best days and our best years are still ahead of us.”

All of those schools are either selective magnet schools or charter schools. You have to go far down the list to find a neighborhood school ranked. The first one up in Miami-Dade is Miami Palmetto Senior High, ranked 2,012th nationally and 117th in Florida.

Public schools in Broward County had a weaker showing in this year’s rankings. Somerset Arts Conservatory in Pembroke Pines ranked 18th in the state and 155th nationally. Pompano Beach High School, a neighborhood high school, ranked 21st in the state and 221st nationally.