KINGSTON, Jamaica – The ruling Jamaica Labor Party (JLP) scored a resounding victory over the People’s National Party (PNP) in the Sept. 3 general elections to return to power for a second consecutive term in the Caribbean island. 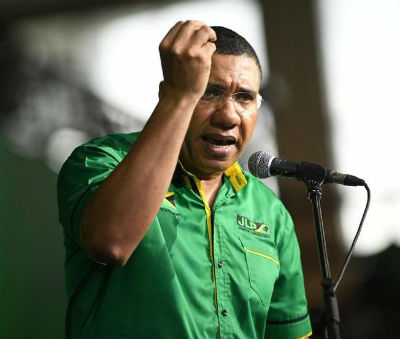 Preliminary results showed the JLP winning 50 of the 63 seats contested in Jamaica’s Parliament, a far more decisive victory than the single seat majority it took in 2016.

It was the JLP’s first ever consecutive win in general elections since 1967 and the margin mirrored the win the party achieved in 1980 when it stormed to a 51-9 margin over the PNP.

However, Prime Minister Andrew Holness indicated the task ahead for the nation is not only for the victorious JLP.

“You (PNP) will have a very important role to play in Jamaica’s stronger recovery and I am clear that there should not be any victimization, any retribution, any malice in how we move away as a government,” Holness said in his victory speech.

“We must embrace everyone, we need everyone on board for Jamaica to recover stronger.”

Holness said he received an election night telephone call conceding defeat from PNP Leader Dr. Peter Phillips, who had indicated he would step down as leader of the main Opposition if his party lost.

Phillip Paulwell, PNP vice president and campaign manager, called the election result “a shocking defeat.”Paulwell blamed perceived disunity within the PNP, telling reporters the party did not have sufficient time to show the country that “we were united.”

The elections were held during the coronavirus (COVID-19) pandemic environment, which prevented the political parties from staging traditional campaigns and negatively affected voter turnout on election day.