A Jamaican-born judge was made to wait a bit longer for confirmation to her new post after the Florida Supreme Court last month ruled Governor Ron DeSantis had exceeded his authority in appointing her to the court. 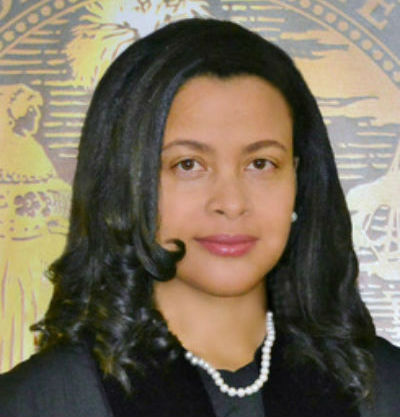 Renatha Francis was the choice of DeSantis and Florida’s Judicial Nominating Commission (JNC) to fill a vacant seat on the high court. But on Aug. 27 the Supreme Court, in a 5-0 decision, ruled the appointment of the Palm Beach judge came before she was eligible for the post.

Francis was one of two Caribbean Americans who were chosen by DeSantis in May to fill Supreme Court vacancies. They were expected replace Barbara Lagoa and Roberth Luck, who were appointed by United States President Donald Trump to the U.S. Court of Appeals for the Eleventh Judicial District in Atlanta, Georgia.

However, while John Couriel was allowed to take his seat on the Florida Supreme Court bench without incident, Francis’s appointment was challenged as by Florida State Representative Geraldine Thompson on the grounds Francis had not been a member of the Florida Bar for 10 years, a requirement of the Florida Constitution.

Thompson, however, did not question Francis’s academic qualifications or ability to do the job.

In its decision, the Supreme Court made it clear that DeSantis had jumped the gun.

“In a nutshell, when a governor fills by appointment a vacant judicial office, the appointee must be constitutionally eligible for that office at the time of the appointment,’’ Justice Carlos G. Muñiz wrote.

“It is undisputed that Judge Francis will not have attained ten years’ Bar membership until September 24, 2020.”

If reappointed, Francis will become eligible to join the Florida Supreme Court bench Sept. 24, when she will have become a 10-year member of the Bar. She would then become the only woman on the court and the first black judge on the court since Peggy Quince retired in 2019.

The Supreme Court also ruled against Thompson’s petition to have the JNC “reconvene and certify a new list from the existing applicant pool, and that the Governor then be compelled to select an appointee from that new list.”