WASHINGTON, D.C. – Martinique-born Karine Jean-Pierre has been chosen chief of staff to Kamala Harris, who recently made history by becoming the first Caribbean American, black and Asian American woman to be nominated as a vice presidential candidate. 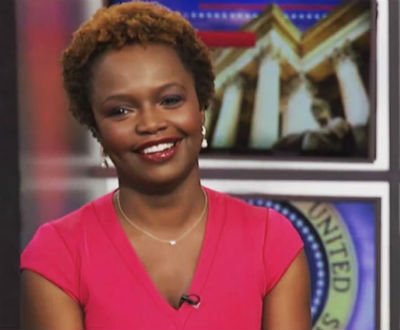 “Jean-Pierre” Forty-three-year-old Jean-Pierre, who was born to Haitian parents, also created history by being the first Caribbean-born black woman to be named to such a post.

Jean-Pierre, who was raised in Queens, New York, serves as a senior advisor to the Biden 2020 presidential campaign. Her professional experience has ranged broadly from presidential campaigns to grassroots activism, local politics, and working in the White House. Jean-Pierre, who is the chief public affairs officer for MoveOn.org and an NBC and MSNBC political analyst, previously served as the deputy campaign manager for Martin O’Malley for president.

Prior to joining the O’Malley campaign, She said on her website that in 2014, she was the campaign manager for American Civil Liberty Union’s (ACLU) Reproductive Freedom Initiate (RFI). Previously, she managed New York Attorney General Letitia James’s  successful campaign for New York City Public Advocate. 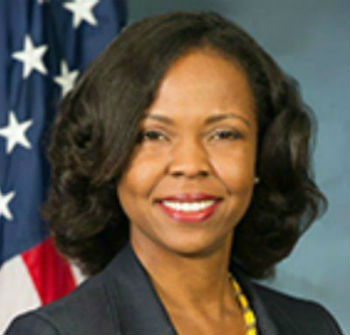 In graduate school, she said she explored her Haitian roots through documentary film.

“My parents, Haitian immigrants, it’s like the immigrant experience,” Jean-Pierre told the Public Broadcasting Service (PBS) in 2019. “They came here for the American dream that, in many ways, eluded them.

“They still live check-to-check,” she added. “But, in their eyes, because I made it to the White House, because their daughter went to Columbia (University), they have received it.”

Meanwhile, Haitian American political consultant Karen Andre was also chosen a senior advisor by Biden and senior advisor to National Faith Outreach for his Florida campaign. Andre was recently political director of Organizing Together 2020 in Florida.