Undocumented Caribbean nationals in the United States, who are seeking asylum in the country, are now more vulnerable to speedy deportation following a ruling by the U.S. Supreme Court last month. 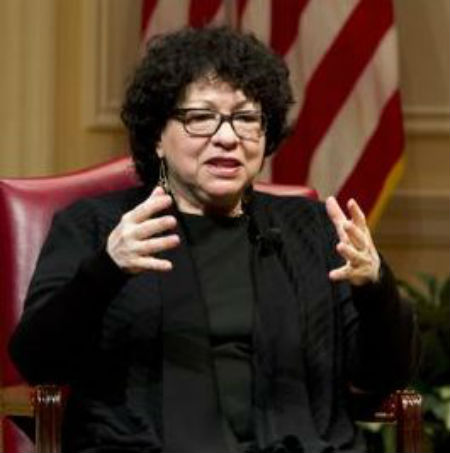 Sotomayor fears decision may damage due processIn a 7-2 decision, the Supreme Court said U.S. government officials could remove undocumented immigrants without that decision being subjected to a challenge in federal court.

The high court’s ruling affects immigrants seeking asylum, a path to live in the U.S. not usually taken by undocumented Caribbean nationals, most who arrive in the country legally, but stay beyond the time allowed by the government in violation of American law.

Caribbean nationals are not listed among the top 10 countries where asylum seekers originate. However, more than 10,000 from the Caribbean and Latin America sought resettlement in the U.S. between Oct. 2018 and April 2019, according to analysis of U.S. State Department statistics done by the Migration Policy Institute, a Washington, D.C.-based think tank.

However, the administration of President Donald Trump has stepped up its scrutiny of persons seeking asylum since 2017, cutting the flow of those admitted to the U.S. The administration is also seeking a similar rule that would apply to all undocumented Caribbean and other immigrants in the U.S. who lived less than two years in the country continuously. So far that move has been blocked by a federal judge.

Undocumented immigrants picked up by U.S. law enforcement within 100 miles of a U.S. land border, within two weeks of arrival, are subjected the court’s ruling. Undocumented Caribbean nationals seeking asylum in states including California, Texas, Arizona and New Mexico, which shares a border with Mexico in the south, could be among those vulnerable to expedited deportation. If they’re apprehended by U.S. law enforcement authorities, and seek asylum, they would face an immigration judge, who will decide if they are in danger of torture or death in their country of origin. They could then be sent home without further hearings.

“If courts must review credible-fear claims that in the eyes of immigration officials and an immigration judge do not meet the low bar for such claims, expedited removal would augment the burdens on that system,” stated Supreme Court Judge Samuel Alito, who wrote the majority opinion, although only five of the seven signed on to his views.

The Supreme Court’s decision resulted from a case involving a Sri Lankan seeking asylum. It received swift backlash from immigration advocates, who called the ruling a “devastating blow.” According to Lee Gelernt, a lawyer, which argued the case for the American Civil Liberties Union (ACLU), “Every person within U.S. territory is entitled to due process” and the court’s decision “fails to live up to the Constitution's bedrock principle that individuals deprived of their liberty have their day in court, and this includes asylum seekers.

“This decision means that some people facing flawed deportation orders can be forcibly removed with no judicial oversight, putting their lives in grave danger,” he added.

Sonya Sotomayor, one of the two judges who opposed the decision, along with Elena Kagan, said the court’s ruling could lead to unfair treatment for non-U.S. citizens and undocumented immigrants, including those from the Caribbean, in the future.

“Taken to its extreme, a rule conditioning due process rights on lawful entry would permit Congress to constitutionally eliminate all procedural protections for any non-citizen the Government deems unlawfully admitted and summarily deport them no matter how many decades they have lived here, how settled and integrated they are in their communities, or how many members of their family are U.S. citizens or residents,” noted Sotomayor.