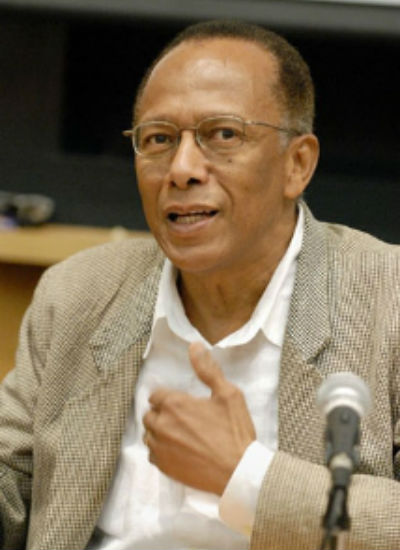 It also drew the wrath of Caribbean nationals in the U.S., including scholars and elected officials, who bashed the police for consistently making minorities the targets of brutality.

Floyd, 46, died on Memorial Day, May 25 after Derek Chauvin, a white police officer in Minneapolis, Minnesota kneeled on his neck, as he was handcuffed and laying face down in the street, while three other cops at the scene did little to stop their colleague.

The incident, which was caught on cell phone video by a teenage girl, drew fiery backlash across the U.S., and sparked massive protest marches in dozens of cities. Many were peaceful, but some led to riots, destruction of property, looting and injuries to police and protesters. Hundreds of protesters were reportedly arrested and there were multiple reports of police brutality in cities like New York and Atlanta, home to large Caribbean communities.

Prominent Caribbean nationals weighed in with harsh criticism of the police. Many tied the Minneapolis incident to other cases of cops killing or abusing unarmed black men in the U.S. over the years. Jamaican-born Orlando Patterson, a sociology professor at Harvard University in Massachusetts, called Floyd’s death dehumanizing.

“(The officer) was someone who did not recognize that he had a human (Floyd) being under his knee,” Patterson explained during an appearance on the “Last Word With Lawrence O’Donnell” on MSNBC television May 29.

“It’s as if you’re euthanizing an animal and that is what is so chilling about it; the lack of recognition of the humanity of the victim.”

Patterson blasted not only Chauvin, but overall police practices in the U.S. when it involves minorities.

“For that I blame not just this inhuman person (officer), but the organization to which he belongs,” he said. “… The warrior mentality and that culture, in fact, persists not just in Minneapolis, but in many other departments.”

According to a medical report, Chauvin kneeled on Floyd’s neck for eight minutes and 46 seconds. In the final two minutes and 53 seconds Floyd showed no response. During the ordeal, Floyd repeatedly told the police “I can't breathe” and called for his mother, who is deceased. 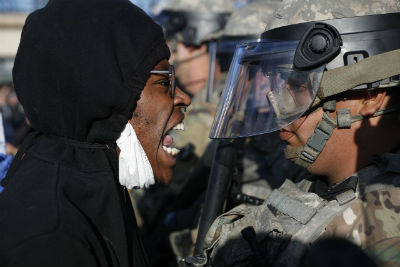 “George Floyd is a casualty of racial profiling by police,”Haitian American New York State Assembly Member Rodneyse Bichotte told the Caribbean Media Corporation (CMC). “ … A black man was murdered in public by the very people charged with carrying out justice and keeping our communities safe.”

The incident, Bichotte added, has sparked heightened concern among the non-white community in the U.S., which includes more than four million people who trace their roots to the Caribbean.

“The nation is reeling from the trauma of his death,” she said. “Parents are asking how they can keep their kids safe when the offenders are the people wearing a badge, and they are not held accountable for their actions.”

All four officers at the scene in Minneapolis were fired. However, up to the end of May, only Cauvin had been indicted. He faces third degree murder among other charges. The sentence, if convicted, carries a 25-year prison sentence.

The manner of Floyd’s killing and conduct of the other cops during the incident didn’t escape the ire of Patterson, author of several books on race and culture, who believes the killing black men by cops is no longer deemed significant or unusual.

“It’s worse than a hate crime,” he said. “It’s sort of the normalcy of killing.”

Patterson, however, said the mistreatment of blacks and racism is not restricted to the U.S. or black Americans, highlighting time spent in Britain which showed Caribbean nationals were also vulnerable.

“I lived in Britain during the ‘60s and for many years the police there were just as racist in many respects as the Americans,” Patterson told MSNBC.

“And so, racism is there, but it’s secondary. Because the British police are racist and they harass the newly arrived West Indians, especially Jamaican youth mercilessly.”

However, he added, there are differences in the U.S.

“There is an organizational framework which prevented even the most sort of debased racist (cop) from killing,” Patterson explained. “And you get this in other European countries.”

The Memorial Day incident occurred when police arrested Floyd after he allegedly tried to use a counterfeit bill in a deli.

Video evidence shows Floyd being taken from a vehicle, handcuffed and then allowed to sit on the sidewalk. He was then taken across the street, where at least three cops kneeled on him.

The video recorded Chauvin kneeling on Floyd’s neck shortly before he died as the three other officers looked on and passers-by screamed at the police to stop hurting Floyd. In the days that followed, the video went viral and protests broke out in U.S. cities, as most protesters demanded justice for Floyd, even after Chauvin was arrested and charged on May 29. A Minnesota police precinct was set on fire and vehicles damaged. Business places were burned and looted across the U.S.

The death of Floyd follows a series of incidents in the U.S. where blacks have been killed by cops or falsely accused of crimes by whites.Guyanese-born Rickford Burke, president of the Brooklyn, New York-based Caribbean Guyana Institute for Democracy, blasted “the continued police violence against black citizens.” Burke defended the protesters, describing them as frustrated and angered by injustice.

“This is why our young people are taking a stand all over America to say enough is enough,” he told CMC. “… I stand firmly with them.”

Floyd’s death fueled outrage, with people - of all races - demanding the police and whites not target blacks and that they be held accountable for racism if they do.

“And that’s why, by the way, it really makes little difference whether the (police) chief is a black person or not,” Patterson explained.

“The chief in Minneapolis is a black man, but it’s not surprising that it made little difference because the culture, the organizational structures, a set of assumptions which make violence and the use of violence a first resort rather than a last resort; which sees the community as the enemy and which sees these killings as routine.

The fallout from Floyd’s killing further raised questions over U.S. President Donald Trump’s leadership. Trump used the social media platform Twitter to call the protesters “THUGS.” He tweeted that “When the looting starts, the shooting starts,” a phrase previously used by a Miami, Florida police chief to threaten blacks during civil rights protests in the 1960s. Trump also threatened protesters who gathered in front  of the White House on May 30 with attacks from “vicious dogs” and “ominous weapons.”

The president’s comments drew backlash from members of his own Republican party.

“Those are not constructive tweets,” black South Carolina Senator Tim Scott,”told “Fox News Sunday” on May 31, “without any question.”