NEW YORK – A United States lawmaker has strongly urged his government not to interfere in Guyana’s Mar. 2 election results, the votes for which were still being counted at the end of last month. 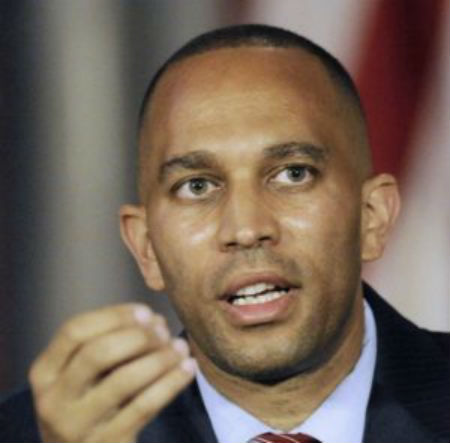 “Traditionally, we can monitor how democracy is playing itself out in different parts of the world,” Jeffries said last month, “but to interfere in such an extraordinary way and an in manner which favors one party, the Opposition party, potentially to the detriment of the ruling party, is deeply troubling to a lot of us in Washington, D.C.,” Jeffries, who represents the 8th U.S. Congressional District in New York, said on  a television show hosted by Rickford Burke, president of the Brooklyn, New York-based Caribbean Guyana Institute for Democracy.

“I do find it somewhat ironic that, at the same time, when the U.S. government may be trying to direct Guyana as to how it should conduct itself in the form of an election, that we’ve been so irresponsible in many parts of the country,” said Jeffries.

“It is appropriate to broadly ensure that there is a free and fair election in Guyana and in other parts of the world that is carried out independently and in a manner that does not result in the United States trying to sway or alter the results, one way or the other,” Jeffries said.