NEW YORK – The New York-based Institute of the Black World 21st Century (IBW), says it will be dedicating this year to the life and legacy of Jamaican National Hero and Pan-Africanist Marcus Mosiah Garvey. 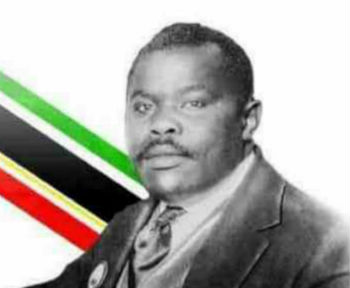 “Garvey”IBW President Dr. Ron Daniels said Garvey founded the Universal Negro Improvement Association and African Communities League (UNIA-ACL), “which rapidly developed into the largest mass-based organization of people of African descent in the history of the U.S. and globally.

“The UNIA-ACL was completely financed by black people,” Dr. Daniel said, noting that, in 1920, Garvey took “the extraordinary step of convening an International Convention of the Negro People of the World, which attracted more than 2,000 delegates from Africa, the Caribbean, Great Britain, France and the U.S.

“The convention began with a rally at Madison Square Garden, which drew some 25,000 attendees,” he said.

“In commemoration of the anniversary of this amazing feat and the vision and accomplishments of Marcus Mosiah Garvey, IBW is declaring 2020 ‘The Year of Marcus Garvey’ and urging black organizations in the U.S. and the Pan African World to join us in mounting a year-long educational campaign to teach our people about this remarkable leader and to rekindle a spirit of self-support for Black organizations and institutions in his memory,” Daniels said.