The United States slowed and, in some cases, shut down delivery of vital medical supplies for multiple Caribbean nations needed to battle the novel coronavirus (COVID-19) pandemic, which poses a mounting threat to the region. 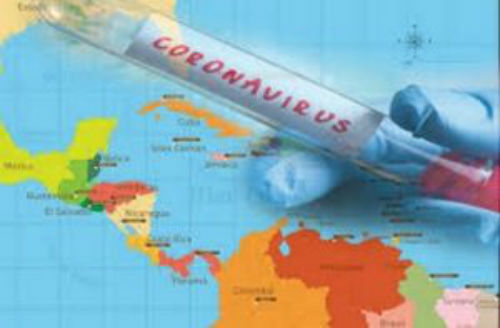 Shipments bound for the region have been blocked. “COVID Caribbean”Several reports surfaced last month that the U.S. had blocked several shipments to the region.

Under the Defense Production Act signed by President Donald Trump on April 3, the U.S. government has exerted greater control over material needed in the COVID-19 fight. That includes halting exports of medical supplies.

The U.S. order was intended  to “prevent the export of N-95 respirators, surgical masks, gloves and other PPEs (personal protective equipment).” Trump announced the supplies were needed “for domestic use” in the U.S.

The U.S. reportedly seized a shipment of $12,000 in PPEs destined for health workers in the British Virgin Islands (BVI), including surgical masks and gloves. However, according to BVI Office of the Governor, the U.S. later agreed to allow the shipment.

Cayman Islands should have received eight ventilators and 50,000 masks which were bought in the U.S. That shipment was reportedly stopped in Miami. The U.S. later released the shipment.

Other nations were not so fortunate. A shipment of test kits was blocked from landing in Jamaica, according to Dr. Christopher Tufton, the Caribbean island’s health and wellness minister.

A shipment of PPEs scheduled to land in The Bahamas was returned to Miami, Florida. Up to press time the Caribbean nation was engaged in diplomatic discussions with the U.S. with the aim of getting the shipment released by CPB.

Barbados was expecting a shipment of 20 ventilators, before that was blocked.

Caribbean nations have reportedly been in diplomatic negotiations with the U.S. in an effort to secure the shipments.

During a media briefing of Trump’s Coronavirus Task Force last month, the president appeared to link the blocking of PPE and other medical equipment shipments to places like the Caribbean with the U.S. fight against the illegal drug trade.

“Well, what we’re doing, we have a tremendous force out there, a naval force, and we’re blocking the shipment of drugs,” said Trump.

“So maybe what they’re doing is stopping ships that they want to look at. We’re not blocking. What we’re doing is we’re making sure; we don’t want drugs in our country.”

Up to press time, many Caribbean nations had recorded COVID-19 infections. Some, including Barbados, The Bahamas, Cuba, Dominican Republic, Guyana, St. Maarten, Martinique and Jamaica, have reported multiple deaths.