Caribbean and other foreign nationals seeking to adjust their immigration status to live in the United States can expect to pay more in fees to complete the process this year.

The USCIS is charging more for services.According to the U.S. Citizenship and Immigration Services (USCIS), the proposed hike in fees - average 21 percent across the board - is necessary to fund up the agency.

The sharpest rise in fees is expected to affect Caribbean nationals applying for U.S. citizenship. According to the USCIS, citizenship application fee will jump 83 percent - from $640 to $1,170. That drew immediate backlash from the Caribbean American community, including lawmakers across the U.S.

“I am alarmed at the devastating effect the proposed 83 percent increase in the naturalization fee would have on our community,”New York State Senator Zellnor Y. Myrie, who has family connections to Jamaica, noted in a letter sent last month to Samantha Deshommes, chief of the USCIS’s Regulatory Co-ordination Division, Office of Policy and Strategy.

The USCIS Examinations Fee Account fee schedule, under federal law, requires the government agency “to conduct biennial fee reviews and recommend necessary fee adjustments to ensure recovery of the full cost of administering the nation’s immigration laws, adjudicating applications and petitions, and providing the necessary infrastructure to support those activities.” 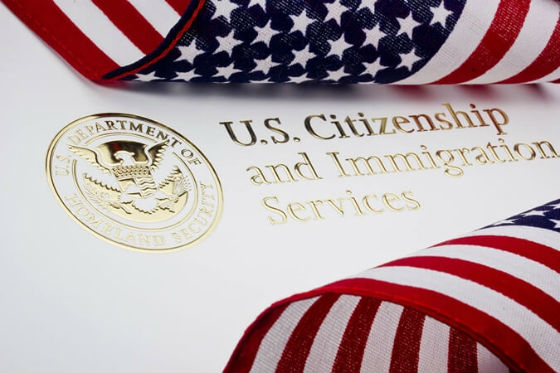 The U.S. government has defended the upcoming fee hikes.

“USCIS is required to examine incoming and outgoing expenditures, just like a business, and make adjustments based on that analysis,” Ken Cuccinelli, currently acting deputy secretary at the U.S. Department of Homeland Security, was quoted as saying in the Federal Registry.

“This proposed adjustment in fees would ensure more applicants cover the true cost of their applications and minimizes subsidies from an already over-extended system.

“Furthermore, the adjudication of immigration applications and petitions requires in-depth screening, incurring costs that must be covered by the agency, and this proposal accounts for our operational needs and better aligns our fee schedule with the costs of processing each request.”

But criticism has continued to mount, with opponents of the fee hikes convinced the Trump administration is targeting certain immigrant groups.

“This is a blatant attack on our immigrant community and penalizes those who come from low-income household,” Myrie said. “Charging ever-higher fees for naturalization means limiting our potential by preventing many hundreds of thousands of lawful permanent residents (LPRs) from applying for citizenship.”

Immigration fees were adjusted in fiscal year 2017. That increase was also estimated to be about 21 percent weighted average across the board.

The USCIS allowed the public to make written comments about the proposed fee hikes up to Dec. 16, 2019.

According to the Federal Registry, “USCIS conducted a comprehensive biennial fee review and determined that current fees do not recover the full costs of providing adjudication and naturalization services. DHS proposes to adjust USCIS fees by a weighted average increase of 21 percent, add new fees for certain benefit requests, establish multiple fees for petitions for nonimmigrant workers, and limit the number of beneficiaries on certain forms to ensure that USCIS has the resources it needs to provide adequate service to applicants and petitioners.

However, even with a proposed 21 percent increase, the USCIS claims will be “underfunded by approximately $1.3 billion per year”, according to the Federal Registry.