Although still recovering, the U.S. Virgin Islands has come a long way since the two devastating hurricanes that devastated the territory in September 2017. Hurricanes Irma and Maria swept through causing billions of dollars in infrastructural and housing damage and devastation to the three major islands: St. Thomas, St. John, and St. Croix. But today, the islands are open and ready for business, according to Commissioner of Tourism for the US Virgin Islands, Joseph Boschulte. 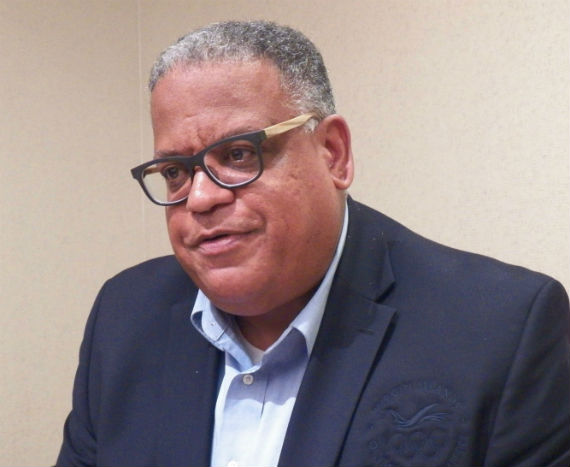 “We are ready… What we’ve been trying to do is say please come, we want you to come, we know you’ll enjoy yourself when you get here. But, we also have to be very cautious about it. We need more hotel rooms. As we continue to move away from where we were in September 2017, we have to manage the growth”, said Boschulte during a recent trip to Miami to promote the USVI.

With more than $1.4 billion of public assistance funding from the Federal Emergency Management Agency (FEMA) earmarked for the rebuilding of roads, bridges, utilities, schools, and other critical infrastructural systems, the islands have taken a giant step towards rebuilding. This is reflected in the types of passengers on flights to the islands Boschulte explained.

“Right after the storms, ten to twelve months, 90 percent of the travellers were contract workers. Now it’s about 70 percent leisure/business travel and 30 percent contract workers. So, we always try to look at this to find out if our messages are working”.

The Tourism Commissioner noted that through the Department of Tourism’s marketing push, there are now direct flights from Boston, Newark, New York, Charlotte, Philadelphia, Dallas, Atlanta, Miami, the West Coast. But, with many large hotels still undergoing renovations, including branded resort properties, caution is necessary.

“From a tactical standpoint, as destination marketers, we’re not just out everywhere. We are very segmented as to who we are targeting so that we can manage what we have. When we get the Ritz back in November we’ll have a big marketing plan going from November to February”, Boschulte reported.

According to the latest update from the tourism sector, at least 80 percent of the territory’s accommodations have reopened and accepting guests. And not surprisingly, the lion’s share of rooms (1,050) are on St. Thomas, while 600 are available on St. Croix, and 150 on St. John.

In addition, the loss of large properties stimulated another market — Airbnb. Said the Commissioner, residents who sustained little to no damage, driven by demand since the hurricanes, have converted their properties into villas or rented through the popular Airbnb system, easing tourism room shortage a bit. In fact, there are close to 1,500 Airbnb listings across the three islands.

It is this and other indicators that colours Boschulte’s upbeat attitude towards the USVI’s tourism potential. He remarked that less than two years after the hurricanes, St. Thomas will see almost 1.6 million cruise ship passengers passing through the island over that period. As well, the Trump Administration's new edict in June this year restricting cruise ship travellers and other recreational vessels from stopping in Cuba could well be a boost for increased cruise ship visits to the USVI, and other Caribbean islands. Indeed, the USVI government has already reached out to cruise ship companies pitching the less busy port of St. Croix.

Part of its pitch is to sell the island as a perfect alternative that is different from other destinations, steeped in rich culture and heritage.

“Sometimes we get lost in the sea of sameness. One of the things we did when we had our team huddle and reintroduced the US Virgin Islands to world post hurricane was to figure out why visitors should come to the USVI. Part of what we are telling them is, it is our people. We are trying to focus on arts and culture. I think that’s the connectivity that keeps us grounded in who we are. And I think we have to make sure that we who live in the territory make sure we don’t forget that. And, when we travel, we want to make sure we travel with pieces of the culture so we can share, so that people will come back”, said an impassioned Boschulte.