PHILADELPHIA, Pennsylvania - Caribbean nationals in the United States are getting jittery over the prospects that Donald Trump is less than two years away from a possible second term as president. 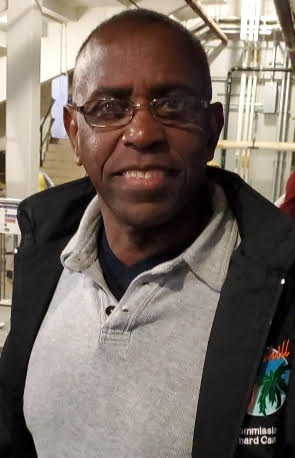 However, the uncertainty that has dogged immigrants in the U.S. overall during Trump’s presidency could become an opportunity for them to shift into a more active political mode.

According to Irwine Clare, a Jamaican-born immigration advocate from New York, 27 months into Trump’s tenure has been enough to cause worry in the Caribbean American community.

“Major concern,” Clare said here while attending last month’s Penn Relays, among the largest gatherings of Caribbean nationals in the U.S. each year.

“Concern because the changes, especially immigration climate is not something that they believe will be beneficial to them.”

Caribbean nationals here praised the positive economic trends that began under former President Barack Obama and continues with Trump. However, a myriad of Trump policies make them uneasy. They aren’t pleased, for example, Trump called Haiti a “shit hole country” and the president’s relentless attacks on undocumented immigrants.

“Every single thing he is advocating for in regards to (immigration) is going to affect us tremendously and therefore is a concern,” explained Richard Campbell, a Jamaican American commissioner for Lauderhill, a South Florida city with a huge Caribbean community.

“(Undocumented) people are now going underground because of (Trump) openly pushing to go up against undocumented immigrants.”

“Many Jamaicans and Caribbean nationals could find themselves in serious challenges,” said Clare.

With U.S. unemployment at near record lows and business booming, it’s not the economy, but other issues which make them rate Trump negatively. Instead of worrying, however, Caribbean nationals could fight back politically by seeking electoral representation which supports their beliefs or else can be held accountable.

“We (Caribbean nationals) still have this thing that politics is for other folks and we should not get involved,” said Campbell, “but we should.”