LAUDERDALE  LAKES, Florida – The United States Department of Justice  late last month  said that the U.S. District Court for the Southern District of Florida has entered a permanent injunction against Haitian nationals Guary Louima and Guy Telfort and their Tax Houses and Accounting Services, Inc., barring them from preparing U.S. federal tax returns for others and owning or operating a tax preparation business. 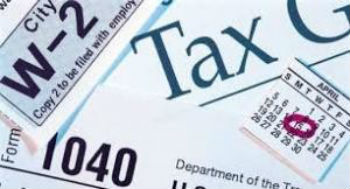 The court also ordered that Louima, Telfort and the business “disgorge US$150,000, representing the ill-gotten gains they received for the preparation of tax returns,” the U.S. Justice Department said.

“The defendants agreed to entry of the injunction and disgorgement judgment against them,” it added.

In its complaint, the U.S. government alleged that Louima and Telfort own and operate Tax Houses and Accounting Services Inc. in Lauderdale Lakes, Florida. The government alleged that the defendants “prepared tax returns making false or fraudulent claims for the Earned Income Tax Credit by claiming bogus business losses for non-existent businesses, misrepresenting the filing status of their customers, and inflating the number of dependents claimed on their return.”

The defendants also allegedly prepared returns that “improperly lowered their customers’ reported taxable income by falsely claiming deductions for the personal use of their vehicles,” the Justice Department said.

In the past decade, the US Justice Department said its Tax Division has obtained injunctions against “hundreds of unscrupulous tax preparers.”