NEW YORK – Farah Louis is among the front-runners to replace fellow Caribbean American Jumaane Williams as representative for the 45th Council District in Brooklyn when the election is held here this month. 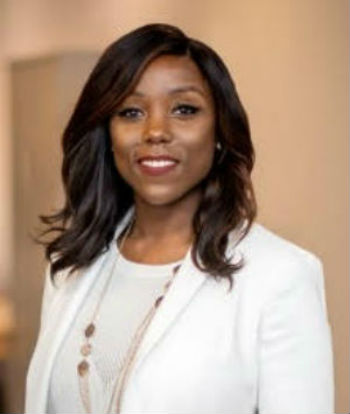 “I am confident that the unwavering and growing support, our campaign efforts and our momentum will lead us to victory on May 14,” Louis told the Caribbean Media Corporation (CMC)last month.

“New York City, in particular the 45th Council District, is currently facing crucial changes that will affect the overall landscape of our community,” added the daughter of Haitian immigrants, who had also served as Williams’s former deputy chief-of-staff and budget director.

“We need a staunch advocate that will fight against systemic inequality affecting our housing, education, businesses and healthcare. I believe I am the best person to lead my district in the right direction. I am seeking to ensure progressive leadership for the city that has come from central Brooklyn remains.”

In Sept. 2018, Louis said she ran for judicial delegate in the 42nd Assembly District and won with over 8,000 votes. Rodneyse Bichotte, another Haitian American, is the incumbent state assembly member for the 42nd District. Bichotte is supporting Louis’s campaign.

Support has come from other areas as well, including two of the city’s most prominent lesbian, gay, bi-sexual, transgender and queer voices.

“We have been at the forefront of the fight for basic human rights for the LGBT community and have only supported candidates who were willing to do the same.

“We’re endorsing Farah Louis for the 45th City Council District because she has shown that she will stand with us on the struggle for equality for the LGBTQ community, immigrants, people of color, the disabled and other marginalized people,” Roskoff added.

Louis regards herself as “an esteemed community organizer and publicist with over 15 years of experience and dedication to advocacy and public service.

“I look forward to being the next city council member for the 45th District, connecting and working with all communities within the district,” she said.