Jamaica’s former Consul General to Miami, John P. Atkins passed peacefully last Sunday (June 14) at his home in Miami, after a long period of illness.  He was 78 years of age. 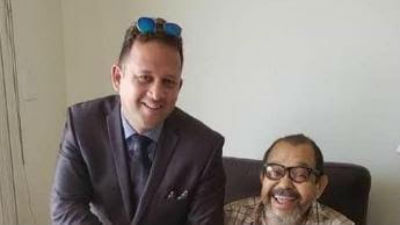 Consul General, R. Oliver Mair, currently in office, paid tribute to Mr. Atkins for his kind and encouraging words of advice during a recent visit with him.  CG Mair praised him for his years of service and commitment to Jamaica.

Mr. Atkins was appointed as Consul General in 1994, when he succeeded then Consul General, Ambassador Madge Barrett.  During his tenure, Mr. Atkins focused primarily on the immigration and deportation area of his consular duties.  Along with other Caribbean diplomats of the Florida Consular Corp, he was instrumental in giving recognition to the Consular Notification System which obligates municipal police offices in South Florida to immediately report to the respective Consulates the arrest and detention of nationals of those respective countries.  This became increasingly topical since the passing of the US Immigration Bill 1994, in which immigrants with resident status would be deported, if found guilty following arrests on varying counts of misdemeanor charges. Vance Carter, OD, CD, Vice Consul at the Consulate, who worked closely with Mr. Atkins in Immigration matters spoke of his strength of character and his dedication in serving the interests of Jamaican nationals abroad.

Because of his seniority in the service, Mr. Atkins also served as Vice Dean to the Florida Consular Corp, the third largest in the nation.  Mrs. Beverly Ford, who served as Jamaica’s Honorary Consul to Texas under his directorship, praised him for serving his country with loyalty and commitment, and that he will be surely missed by those with whom he served.

In his relationship with the communities particularly those in South Florida, Mr. Atkins worked closely with the churches, especially those denominations with large Jamaican populations.  He also maintained closed relations with the South Florida based community associations, their main objective being the interest of nation building in Jamaica in the areas of health, education, culture, and trade and investment.  Sydney Roberts, Executive Director of the Jamaica Awareness, reminisced about his many talks with Mr. Atkins, from whom he learnt a lot about negotiations.  This, he said, helped to hone his career as a cultural ambassador for Jamaica. As a director of the Beacon Council, a private sector agency of the Miami-Dade business community, the then Consul General used this forum as an exchange for trade and commerce, and investment opportunities, benefitting both the local and foreign markets.

A former Senator and Trade Union leader, Mr. Atkins began his career in industrial relations serving as Assistant Island Supervisor with Jamaica’s National Workers Union (NWU) (1974-89).  During his years at the NWU, he worked under the tutelage of former Prime Minister, Most Hon. Michael Manley.  He also served as Senator in the Jamaican Government where he was instrumental in formulating proposal for the Maternity Leave with Pay Law (1978) where women are now entitled to maternity leave with pay.

Mrs. Joan Seaga Gonzalez, then President of the Jamaica United Relief Association (JURA) a community-based association spoke of his generous and thoughtful approach to business, “never turning anyone away”.