Miami, FL - Jamaica's Consul General Oliver Mair and the Reggae Girlz Foundation will officially welcome the Jamaica Senior Women's National Team (JWNT) "Reggae Girlz" to South Florida for a week of celebration on their way to France for the 2019 FIFA Women's World Cup scheduled for June 6- to July 6, 2019. 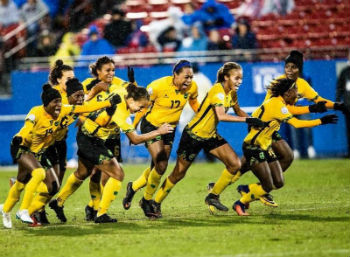 The week of Diaspora-planned fundraising celebration for JWNT begins on Monday, May 20 through May 24 and will highlight a Fun Day (Thursday, May 23) to be hosted by Miramar Vice Mayor Alexandria Davis. The Fun Day will feature the Reggae Girlz versus FC Surge USA; preceding the Bob Marley One Love play off featuring some of Jamaica's and Haiti's top entertainers and sports icons including Chris Martin, Agent Sasco, and Papa San among others.

The JWNT will begin their 2019 World Cup Send-Off Celebration with a game in Jamaica against Panama on May 19th. On their way to France, the team arrives at the Fort Lauderdale International Airport on Monday (May 20) where nationals will begin a week of celebration organized by a committee headed by the Reggae Girlz Foundation.

Jamaica's Consul General Oliver Mair expressed appreciation to Jamaica's Sport, Entertainment and Women's Gender, Minister, Hon. Olivia 'Babsy' Grange, and Global Ambassador Cedella Marley for their 'belief in and commitment to the JWNT'. He also thanked the City of Miramar and Vice Mayor Alexandria Davis, and other sponsors for collaborating on this event. He praised especially the committee from South Florida and Jamaica whom he emphasized worked assiduously to coordinate the celebration week. The committee included the Reggae Girlz Foundation, namely President Michelle Adamolekum and Vice President Lisa Quarrie; also Adviser to the Minister of Sports, Allie McNab;chief organizer of the Bob Marley One Love Football Festival, Clive 'Busy' Campbell, and Riddims Marketing and Top Klass Events & Marketing Consultants; 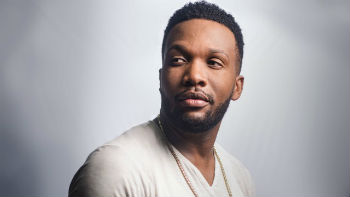 Other activities throughout the week will be hosted and sponsored by the Consulate General, Reggae Girlz Foundation, City of Miramar, the Jamaica Tourist Board, the County Line Chiropractic, LASCO Foundation, Victoria Mutual Building Society and others.

Monday, May 20  -  Welcome arrival at the Fort Lauderdale International Airport officially met by officials of the Jamaican Consulate General, the Reggae Girlz Foundation.

Tuesday, May 21 -  City of Miramar Sports Summit - hosted by Vice Mayor Alexandra Davis (Invitation Only) (intended to discuss the business of sports.

Jamaica again made history, becoming the first Caribbean country to qualify for a FIFA Women's World Cup.   The Reggae Girlz will take on Brazil on June 9th, Italy on June 14th, and Australia on June 18th during the group stages.

With a fundraising goal of $50,000 to support the Reggae Girlz 2019 World Cup preparation, the South Florida organizers are inviting everyone to come out and join in the week of celebration for the Reggae Girlz historic achievement, and send them off to France knowing they have the support of the entire South Florida community according to Reggae Girlz Foundation VP, Ms. Lisa Quarrie.