SEPTEMBER 2019 — It seems that more and more US cities are being labeled tech hubs every day, but Miami-based companies see a unique opportunity in the state that cannot be provided elsewhere. Instead of locking themselves into one market, Miami can provide startups a launch pad into the vast untapped Latin American market, and tech startups are flocking to the city in droves to take advantage of these opportunities. 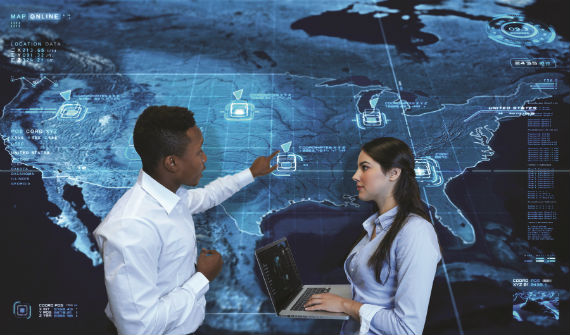 Possibly the most famous is SoftBank Group, a Japanese investment firm that has set up roots in Miami to gain access to Latin America’s infant venture capital market. SoftBank has pledged $5 billion to the Latin American market, with some of that amount already invested to date. In fact, by the first half of 2019, these kinds of investments in Latin America have almost reached the $2.4 billion invested in all of 2018 – and it could not be done without Miami.

“This is the kind of capital that has never been seen before in Latin America,” Andre Maciel, a managing partner at SoftBank Group told Bloomberg.

About 70% of Miami’s population is composed of Latinos, providing the city with a unique workforce that can capture the attention of untapped Latin American entrepreneurs from a US base. “Part of our secret sauce is that we’re a city built by immigrants. Miami is a very young city, but we have the grit and resiliency of those people. Miami is a startup in and of itself. If you’re willing to roll up your sleeves, you can make it here,” Felice Gorordo, the CEO of eMerge Americas told Forbes.

But Miami is not just a base for investment in other regions. It also has the credentials that make it one of the best places to invest in the US. It comes seventh nationally for venture capital investments and in the first half of 2019 alone, around $1.54 billion was invested in South Florida tech companies.

SoftBank also made a multimillion-dollar investment at the end of 2018 in ParkJockey, making the company Miami’s first unicorn and one of the most valuable parking companies in the world. Building on the sharing economy model, ParkJockey allows landlords to rent parking spaces to large-scale companies like Uber and Lyft. The reception to this technology says “a lot about the ability to build a business in Miami and take it to significant size,” founder Ari Ojalvo told the Miami Herald.

“Miami has a tremendous tech talent pool, and we’re fortunate to be located in this burgeoning tech market,” said Taunia Kipp, says Executive Vice President of Corporate Marketing & Communications at Kaseya, an IT management software company, on Refresh Miami.

Kaseya is one of the most recent success stories for a Miami-based tech firm. Last month, the company attracted a $500 million investment from San Francisco-based investment firm TPG. Kaseya CEO Fred Voccola said in a press conference that the Miami growth will not stop as the company heads for an IPO within the year. “We want to open up people’s eyes to the talent that is here—and that it can be scaled,” Voccola said.

Another IPO that’s on the cards could be Buenos Aires-headquartered firm Technisys. In May, it closed a $50 million funding round. And when it wanted to establish a footprint in the United States, Miguel Santos, one of the three founders told Forbes that there was no question that Miami should be the location. “We are here to stay and the plans are big. The next stage is probably a public offering in say, three to four years,” he said.